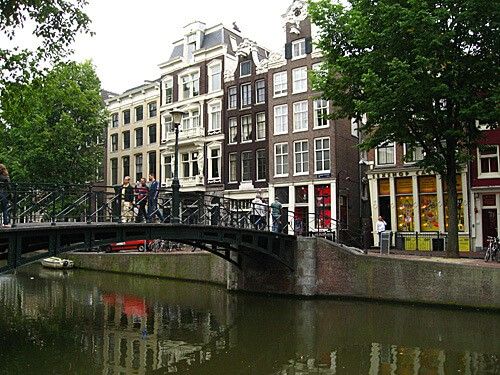 Oudezijds Voorburgwal canal in the Red Light District in Amsterdam

Explore the Red Light District by day and notice beautiful old buildings, kinky shops, a secret church and a museum without art. 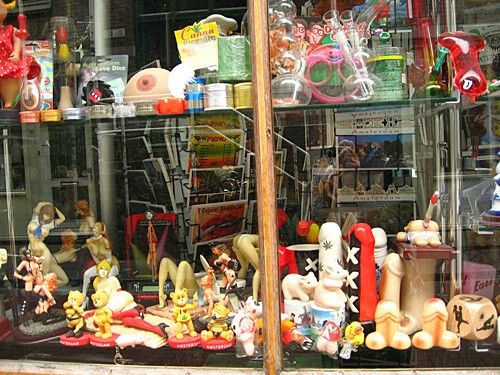 Shopping in the Red Light District in Amsterdam

3. Enlightenment in a Chinese Temple
Amsterdam’s Chinatown complete with a Buddhist temple brims with Chinese, Thai and Vietnamese food treats.

4. Trompetterssteeg
Amsterdam’s narrowest alley, only one metre wide, where women in lace-trimmed lingerie sit behind windows.

5. Secret Church
A charming museum and Amsterdam’s best kept secret, an attic converted into a secret church recalling the days when Catholics were not allowed to practice their religion freely. 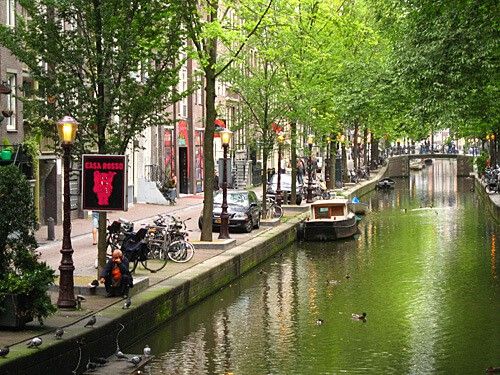 Oudezijds Achterburgwal, leafy canal in the centre of the Red Light District

6. Oude Kerk (Old Church)
Stroll across the tombstones, look up at the gilded ceiling, brocaded pillars and stained-glass windows.

7. Cannabis College
Learn for pleasure – this informal information centre provides everything worth knowing about hemp from the uses of medicinal marihuana to creative applications of industrial hemp. Visit the grow room and learn how to grow your own cannabis plants.