Take leafy avenues, graceful architecture, acres of greenery add extravagant restaurants, snug cafes, stylish shops and inimitable museums and you’ve got The Hague in a nutshell. The Hague is the perfect day trip from Amsterdam – only 53 km south of Amsterdam and a train journey time of just under an hour. Be sure to join a bike tour or take a canal cruise trip – two relaxed ways to see the city. 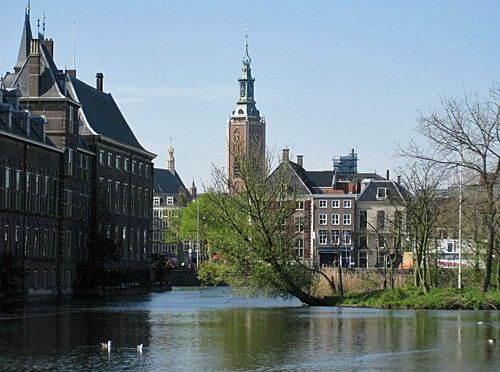 The Hague, Binnenhof and Hofvijver

The Hague is a compact city and most sights are within walking distance. Wander through the Binnenhof, the heart of Dutch politics. You very likely will see a minister of state arriving on his bicycle to begin his working day. Amble past Hofvijver, a sparkling pond with a gracefully spraying fountain. Feed the ducks and swans who live on the peaceful island in the middle.

Admire Mauritshuis Museum, a 17th-century town house where almost every painting is a masterpiece. Included are works by Rembrandt, Vermeer, Frans Hals and Jan Steen. Stroll along Lange Voorhout, a wide avenue ablaze with colourful crocuses in spring. Be sure to visit Escher in het Paleis housed in the only terraced palace in the world. Just imagine sharing your roof and walls with a royal palace.

Rest your weary feet in ‘t Goude Hooft, a cafe-restaurant that looks medieval but was built in 1930s. Recharged with energy, cross the road and do some shopping in Haagse Bluf, a shopping centre with a surprise.

Hop on tram number 9 to Madurodam and be Gulliver in Liliputian. This miniature town, built to a 1:25 scale showcases landmarks from all over the Netherlands: tiny Amsterdam canals and canal houses, football grounds, bulb field, windmills and miniature trains and trams that criss-cross the city.

Pedal through different neighbourhoods. You won’t get lost because your guide not only knows the city like the back of his hand he is also a fount of knowledge about the history of The Hague and will tell you some interesting stories and anecdotes. Minimum number of participants is 2. Cycling distance is about 15 kilometres.

A 90-minute canal cruise shows you The Hague from the water. The guide on board will show you secret places and tells about The Hague’s past and present. 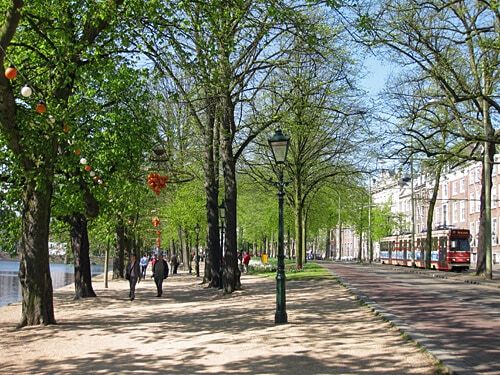