Amsterdam has its own Chinatown, far smaller than in cities like London, Paris or New York but definitely worth to explore. This neighbourhood is just steps away from Centraal Station and close to Amsterdam’s famous Red Light District. Amsterdam Chinatown is also home to the Largest Buddhist Temple in Europe, the Fo Guang Shan He Wa Tempel but known as Zeedijk Temple. Zeedijk is the street where the temple is located. 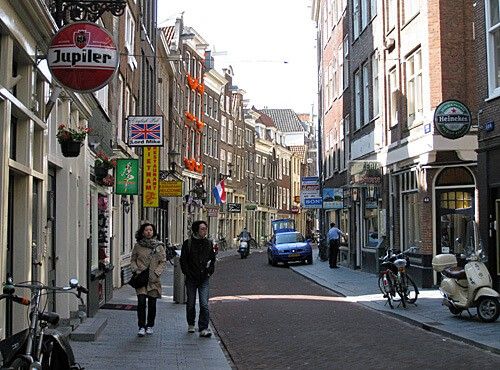 Amsterdam Chinatown revolves round Nieuwmarkt and Zeedijk. Chinatown is a bit of a misnomer. Asiatown would have been more appropriate because residents, businesses and shops are from countries such as Thailand, Malaysia, Indonesia and certainly China as well. Since 2005 street names in this district are both in Dutch and Chinese as Amsterdam wanted to put Chinatown on the map. Since then Chinese New Year celebrations have become an annual event that draws a crowd.

The first Chinese came to Amsterdam as early as 1911. At first the Chinese immigrants settled in Binnen Bantammerstraat, once the centre of Amsterdam’s Chinatown with its Chinese restaurants and gambling houses. Restaurants often started life as boarding houses for Chinese seamen who were waiting to sign up as sailors. The boarding house provided them with Chinese food. To pass the time they played mahjong and sniffed opium. It was not long before some adventurous Dutch tried these exotic Chinese dishes and habits. They liked the food and in 1920 a commercially grounded boarding house owner opened the first Chinese restaurants in Amsterdam. 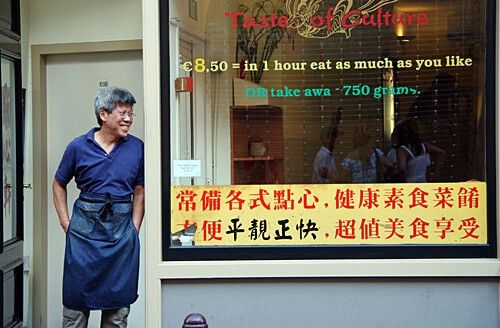