Canal house and canals have made Amsterdam famous. These elegant houses give a glimpse in the life of wealthy Amsterdam merchants. The canal houses served as family homes, workshops or warehouses. Their distinct gables are unique for every house. The canals seem to have been part of Amsterdam since the city’s birth. In actual fact the canals were dug only some 300 years ago and the construction of the canal houses followed soon.

Today, most of these mansions are privately owned. Some have been divided into apartments and others are used as offices. Visiting a museum or staying in a hotel housed in a canal mansion is an opportunity to see the lavish interior and the museum’s collection at the same time, or simply wander along the canals and take in the beauty of Amsterdam. 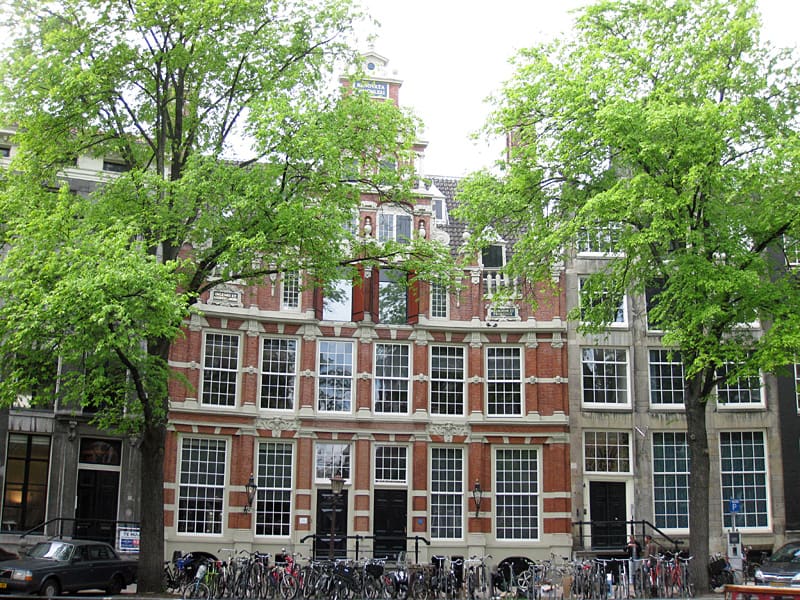 Canal houses and suburbs were built in the 17th century, Amsterdam’s Golden Age, when Dutch trade, science and art flourished. The population of Amsterdam exploded which resulted in a housing shortage and new building projects started. Three newly-dug canals, Herengracht, Keizersgracht and Prinsengracht encircled the city. These were the new suburbs. Wealthy Amsterdamers discovered the beauty its and they became the city’s most desirable area to live in. Today, these three canals are known as the Grachtengordel, the Canal Belt, and still sough- after places to live.

Amsterdam-Now tip: The best way to see the canal houses is on a canal cruise. Click here to book your canal trip online and save €4

Click here to book your cruise online and save €4

Wealthy merchants, men of standing and gentlemen of independent means were the new occupants of the sumptuous houses along the canals in the new suburb. The lay-out of these mansions was more or less the same for all of them. Kitchen, scullery, larder and store room were in the basement. This was also the part of the house where the servants lived. They had their separate entrance: a nondescript door under the outside flight of stairs which led to the first floor and main entrance. Drawing-room, dining-room, garden-room and ballroom on the first floor were on the first floor and bedrooms on the second. 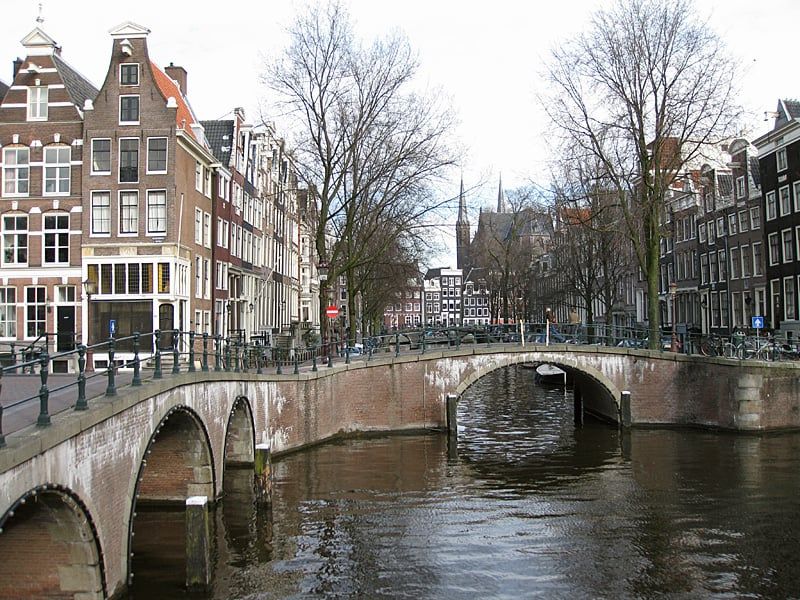 The Basement, Kitchen and Larder

The kitchen dominated the basement as it was the coolest place in the house. When not working upstairs, the domestic staff spent their time here. The cook prepared the food, the scullery maid did the washing-up and the butler polished the silver. Cooking was done on a brick stove or an open fire which was kept burning. A kettle with boiling water would hang above the fire so the family always had hot water.

There was no running water. Water used for cooking was either rain water collected in barrels or water from the Utrechtse Vecht, a nearby river, delivered daily by canal barges. As the water was riddled with tiny insects and other impurities it needed to be purified. Water was poured over a piece of porous stone which filtered out some of the impurities.

Home owners kept bottled, smoked, salted or dried foodstuffs in the larder. Here you would also find containers with butter and baskets with fruit and eggs. Fresh food was bought daily. The shelves in the larder never went down right to the bottom because the basement flooded regularly. 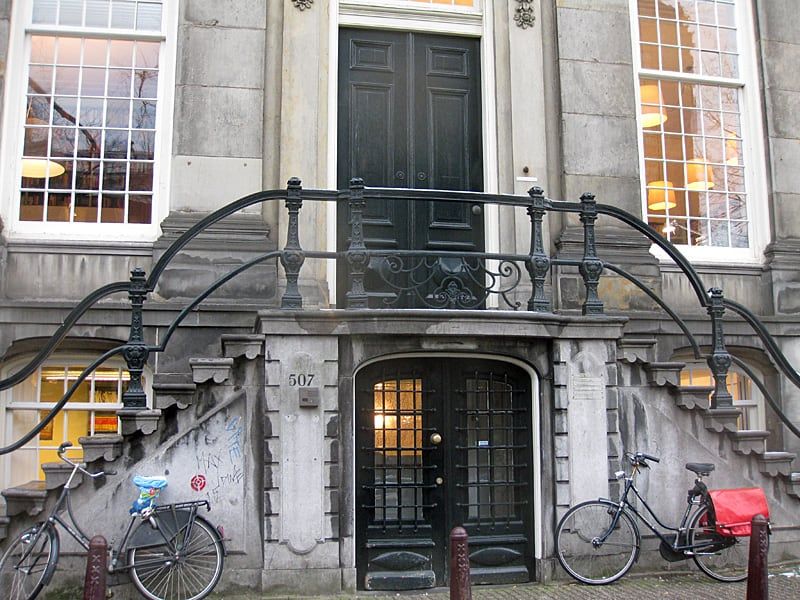 Canal houses have gardens at the back of the house. They were not to sit in but to be looked at from the garden-room. It was fashionable to have the garden laid out in French classical style. Symmetry was very important and was achieved by small plants and trimmed box hedges alternated with elegant patterns laid out in red and white gravel. A sundial and statues representing figures of mythology completed the garden. At the bottom were the stables and the coach house where the coachman lived. In a back corner of the garden, concealed from view, was the privy for the staff.

Canal House and the First Floor

The first floor of a canal house was the most imposing part of the mansion. It contained a marble-tiled hall, a sweeping staircase and large high-ceilinged rooms; reception room with canal view, garden room and dining room with garden view and often a ball room. Bedrooms were on the upper floors.

The ballroom was often the most splendid room of the canal house. Tapestries covered the walls and on the floors lay opulent carpets. An elaborate chandelier, a mantel clock and several candelabras showed the wealth of the house owner. Most of the furbishing came from Paris. The ballroom was the place for balls and literary and musical gatherings. 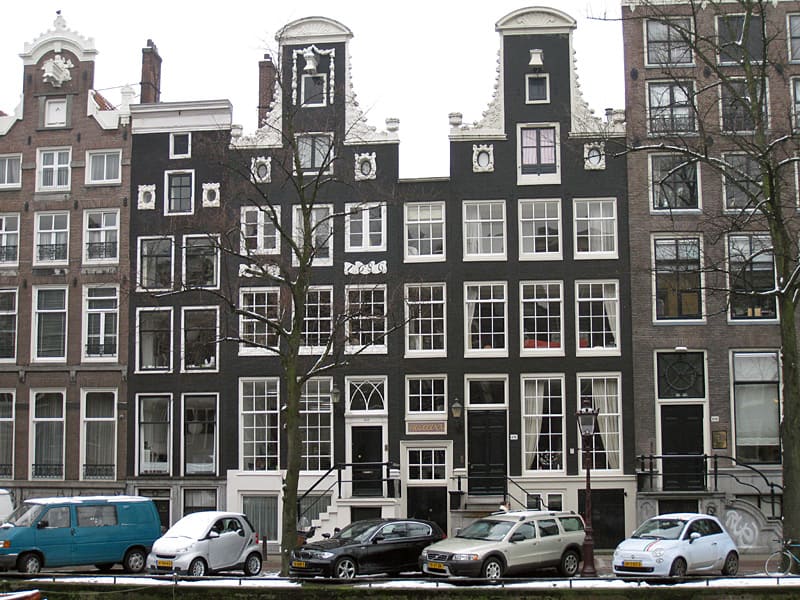 Canal houses and canals are Amsterdam’s second tourist attraction. Number one is the Red Light District closely followed by coffee shops aka hash bars. The canals were dug out of necessity because Amsterdam was built on marshy soil. These waterways provided good drainage and prevented Amsterdam from flooding.

Amsterdam has about 200 canals and all canals together have a length of 100 km. On average they are 2, 4 m deep and 27 m wide. The sluices are opened every three days to refresh the water. The canals are dredged on a regular basis. Guess what they find – bicycles and more bicycles, an occasional car, refuge bins, chairs, shopping trolleys, matresses, sofas, suitcases, wallets, bags, dead cats, dogs, ducks and flowers.

A canal house visit is the best way to see the interior of these mansions. Unfortunately, most mansions and gardens are usually not open to the public, however, during Open Tuindagen Festival (Open Garden Festival) in June many open their doors to visitors to have a peep. If you cannot wait until June, several museums have their home in canal mansions and can be visited every day, except Mondays.

Canal Houses that double as Museum or hotel in Amsterdam centre:

Huis Marseille, Keizersgracht 401 – Museum for Photography
Museum van Loon, Keizersgracht 672 – Home of the family van Loon, interior and furnishing as it was in 17th century.
Museum Willet-Holthuysen, Keizersgracht 605 – A peep into 17th-century life of a wealthy merchant.
Museum of Bags and Purses, Herengracht 573 – 3,500 bags, purses and handbags on display.
Canal House Hotel, Herengracht 148 – three 17th century canal houses combined to one with a beautiful private garden 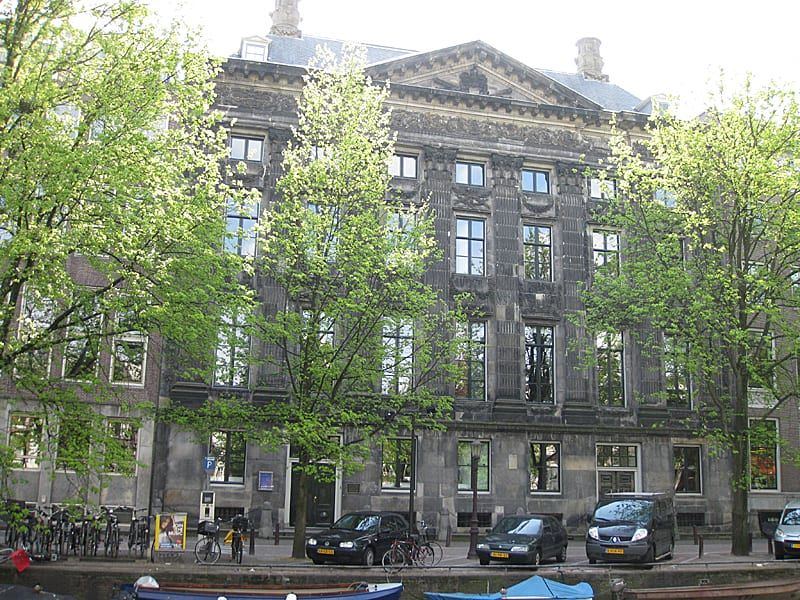