Amsterdam Candlelight Canal Cruise Unwind after a Day of Sightseeing

A canal cruise is the perfect way to unwind after a hectic day of sightseeing aboard an Amsterdam canal boat. Pass under bridges festooned with strings of lights. Canal houses and cafés glide by. Soak up the tranquil atmosphere while you cruise through the canal belt and on the Amstel River. Enjoy the sound of softly rippling water. Admire the age-old canal houses and illuminated bridges. Sit back and be enchanted by the evening atmosphere of Amsterdam. 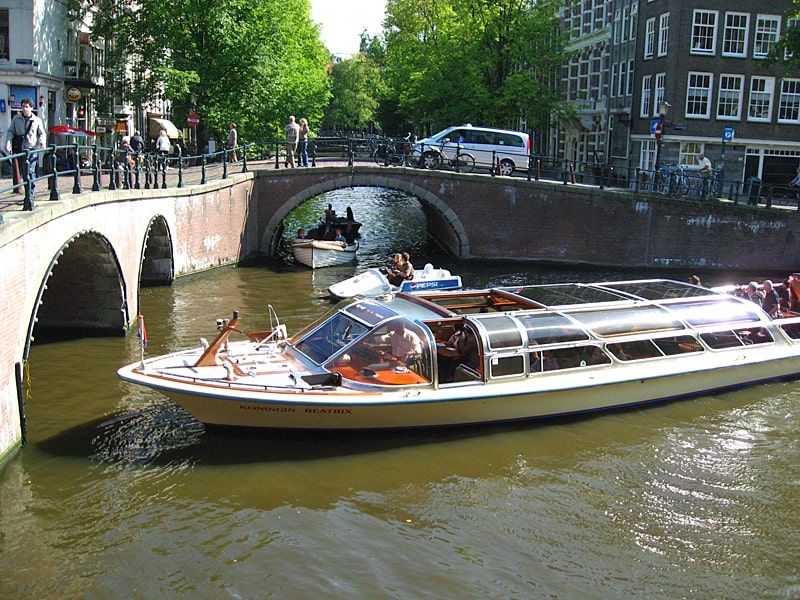 A candlelight canal cruise is the ultimate way to experience the city from the canals. You will discover that Amsterdam at night is even better than Amsterdam by day. Many canal houses and historic monuments are beautifully illuminated. Locals sit in outdoor cafés near the water edge. Tourists hang over the bridge and watch the tour boats passing by. The many arched bridges glow with thousands of lights. The result is amazing. Price includes cheeseboard with Dutch cheese, nuts and unlimited drinks (beers, soft drinks or wine).

If you really want to splash out, you go on a 4-course dinner course: an evening of fine dining while you float through Amsterdam canals. A more romantic setting is hard to find!

Booking this canal cruise is is very simple! Select your date and indicate the number of people. Pay by credit card. After purchase you will receive your e-ticket by e-mail.

Point and Time of Departure

Departure is from Prins Hendrikkade 25, opposite Amsterdam Central Station. The departure time is 21.00. The Price includes cheese platter with a choice of Dutch cheese, nuts and unlimited drinks (beers, soft drinks or wine). 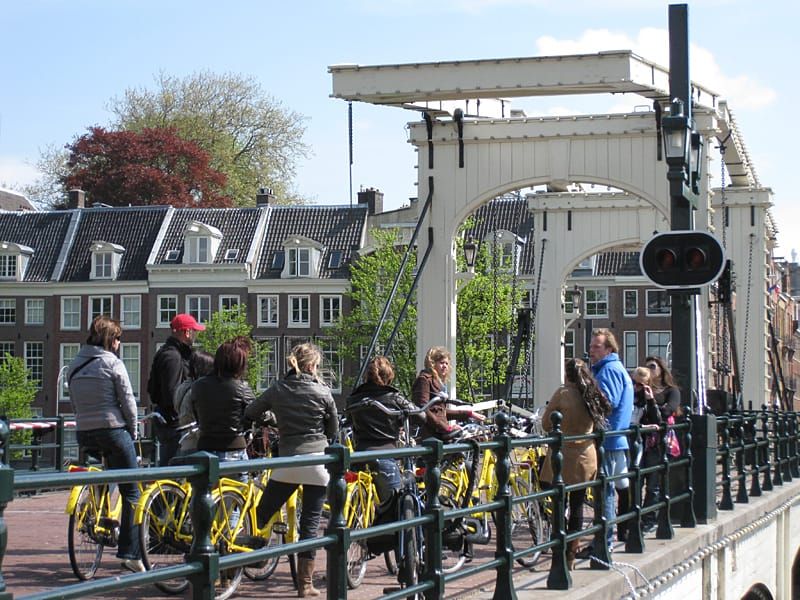 Skinny Bridge, Magere Brug in Dutch, is most likely the most beautiful of the more than 1200 Amsterdam bridgesn Amsterdam, but certainly it is one the oldest. The present Magere Brug is a drawbridge and built in 1929. It is a replica of the seventeenth-century bridge which spanned the Amstel River. At night this bridge sparkles with some 1200 lights. All bridges in Amsterdam are numbered. Skinny Bridge is number 242.

The ‘Amsterdam’ was a cargo ship of the Dutch East India Company at the VOC yard (Vereenigde Oost-Indische Compagnie, VOC) built in 1748. During a storm off Hastings on the southeast coast of England, the ship perished on its maiden voyage. It carried 27 crates of silver worth many millions of guilders. Some of the cargo, including silver coinage, was removed for safekeeping by the crew. The present ship of the ‘Amsterdam’ and built between 1985 and 1900. The VOC ship is moored in front of the National Maritime Museum and can be visited.

Your tour boat glides through the canals. When you sail across the IJ River you notice the swell, the rippling water transform themselves into big the waves. The IJ River separates Amsterdam centre from Amsterdam-North. The IJ River is a busy waterway. Amsterdam is the fourth largest port in Europe, after Rotterdam, Antwerp and Hamburg. 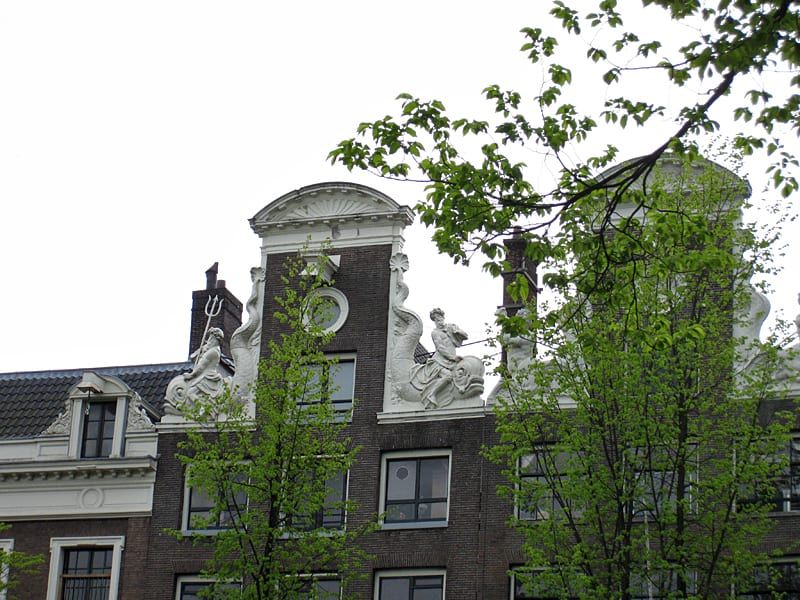 Architecture of the Canal Houses

All along the canals the magnificent canal houses tell of a glorious past. The frontage of canal houses are surprisingly narrow. This is because the amount of tax to be paid depended on the width of the façade of the house. Look high up because there is a large variety in gables: spout, step, neck, elevated neck, and cornice. Opulent scroll work and ornamentation is often included. Styles came and went. The type of gable shows how old the house is.